Summer Retreat 2013 is now in the record books!!!!  Planning for next year’s retreat which will be the 4th weekend in August and again at the Cimarron Ranch Retreat in Marble Falls.  This year’s project was the Double Pinwheel pattern by Quilt In A Day. Civil war era fabrics were selected and additional fabric was included for a 4-patch bonus quilt!   The kits were pre-cut so once we were set up, it was sew, sew, sew!!!

We played the Left, Right Center game for fat quarters.  It is always a ton of fun for the players as well as the winner!  Shirley Hart from Round Rock was the winner of the fat quarter pot, 44 fat quarters total!

Drag and Brag (Show and Tell) is always a part of the retreat and it is always fun to see everyone’s projects and handi-work.  If you didn’t get to make it this year, put it on your schedule for 2014.  Project information will be available by the end of May 2014.  Not sure what we will be doing yet, but as usual, it will be fun! 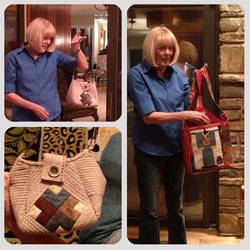 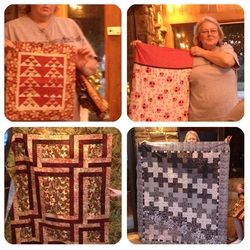 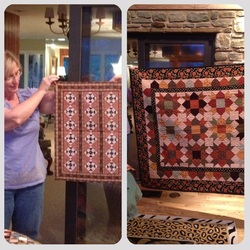 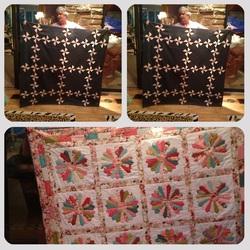 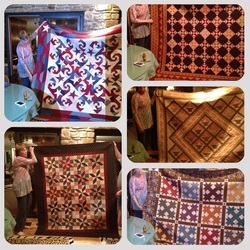 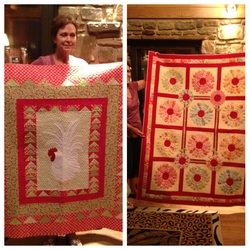 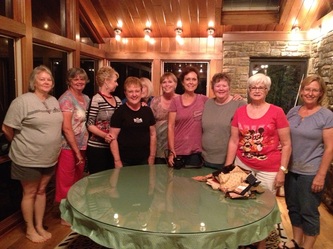 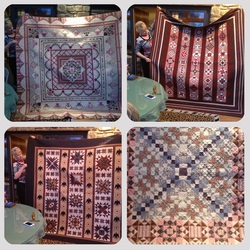 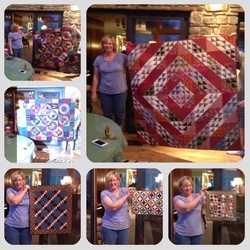 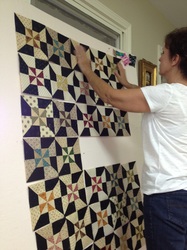 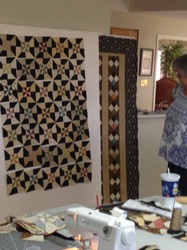 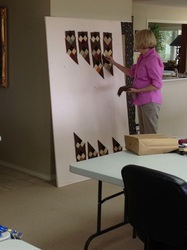 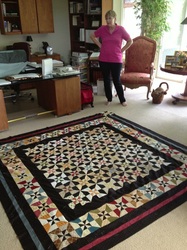 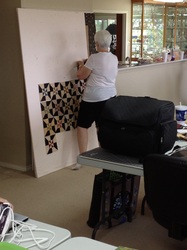